This post is because I had the wonderful opportunity of being one of the hosts for the blog tour for Shadow Rose by Elsie Quail hosted by MTMC Tours. With gods and goddesses, twisted fates, and found family Shadow Rose is a sapphic fantasy book with adventure, action and lot of emotions.  I was able to talk to the author, Elsie Quail so there's an awesome interview, a small pinterest-style mood board and A GIVEAWAY where you can win a paperback coming your way!!! ✦ﾟ━━━━━━━・❦・━━━━━━━ﾟ✦ ABOUT THE BOOK  "This is where she found herself, the First Goddess, ensnared by mere metal." Title: Shadow Rose Series: Daughters of Moon and Sun #1 Author: Elsie Quail Publisher: EQ Books  Publication Date: May 31st, 2022 Genres: Fantasy Romance, New Adult Format: eBook Purchase a copy: Amazon | Barnes & Noble | Book Depository | Blackwell's Add on Goodreads !   There is one who will restore the balance. Reunite the Shadow and Flame.   On one fateful night, an insistent
Post a Comment
Read more 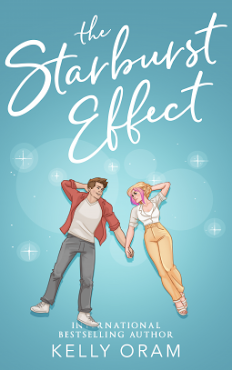 Title   -  The Starburst Effect Author   - Kelly Oram Genre(s)   -  Romance Publishing Date  - June 20th  Trope(s)    Disability Rep (Aphasia or Language Disorder / Brain Damage) Slow-burn Enemies to Lovers  Kind of Forced Proximity Overall Ratings  -   ☆☆☆☆ ☆ ✦ﾟ━━━━━━━・❦・━━━━━━━ﾟ✦ SYNOPSIS Lily Rosemont lives next door to the biggest jerk in high school. Noah Trask has bullied Lily for years, and now he’s ruined her senior year by making her a target and turning the whole school against her. On top of that, her parents are getting divorced, and her world is falling apart around her. After an accident on the football field leaves Noah with a traumatic brain injury, shattering his life as he knew it and leaving him with a whole heap of new disabilities, he’s no longer at the top of the high school food chain. In fact, he’s right down at the bottom with Lily. In a cruel twist of fate, if Noah wants to graduate high school on time, he needs Lily’s help to complete a project—a book he want
Post a Comment
Read more

The Book of Azrael | Review 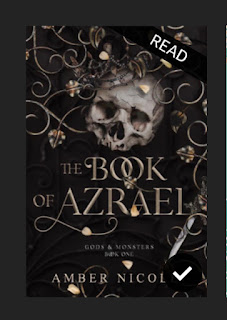 Title   - The Book of Azrael Author  - Amber Nicole Genre(s)    - Fantasy, Romance Trope(s)     Villain FMC One Bed trope Enemies to Lovers  Slow-burn  Forced Proximity  Overall Ratings  -  ☆☆☆☆ ✦ﾟ━━━━━━━・❦・━━━━━━━ﾟ✦ SYNOPSIS World Ender meets Ender of Worlds... A thousand years ago, Dianna gave up her life in the deserts of Erioa to save her dying sister. She called upon anyone who would listen, not expecting a monster far worse than any nightmare to answer. Now she does what Kaden asks, even if that means securing an ancient relic from the very creatures that hunt her.  A King thought long dead and long forgotten. In the old world his name was Samkiel. In the new world it is Liam, but one title remains true throughout time. He is the World Ender, a myth to his enemies, a savior and King to those loyal to him. After the Gods War, he locked himself away, hiding from the world. He denied his crown and responsibilities, leaving the very ones who needed him most to deal with the fallout o
Post a Comment
Read more

Books I relate to Harry's House 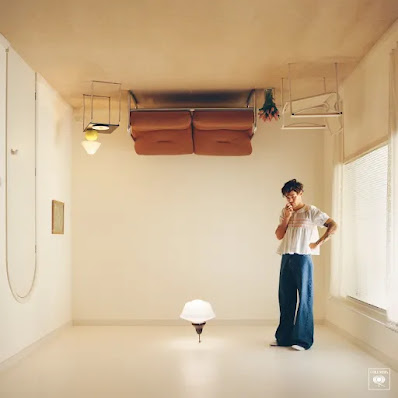 Harry Styles just released his 3rd studio Album Harry's House , and I am addicted and hooked. First of all, On Spotify's Global Top 50 hits, all 13 of Harry's House songs rank 1-13, and as of now, he has 14 songs on the list out of 50 spots (Yes, I am feeling very proud.) Second, I haven't stopped listening to the songs since they were released. On the first listen, Little Freaks and Matilda were my favourite songs because as soon as I heard them one after another, I cried like I literally bawled my eyes out for 2 hrs playing these 2 on a loop. Then all the upbeat songs hit, and I swear I have whiplash from the mood swings.  I was reading Something Wilder by Christina Lauren before listening to the album, and when I related that book to a song on the album, I tried to figure out more books that I relate to the album, so here we go with this post.  1. MUSIC FOR A SUSHI RESTAURANT -  THE LOVE HYPOTHESIS BY ALI HAZELWOOD I am not going to lie; out of all the songs, this wa
Post a Comment
Read more
More posts

Something Wilder
by Christina Lauren